Helping a loved one find freedom from drug addiction can be intimidating. It may seem like a daunting task for the whole family. And It can take grit.

Tapping into your own steadfastness and courage, your family can come together to heal yourselves and help your loved one find the help they need to recover. 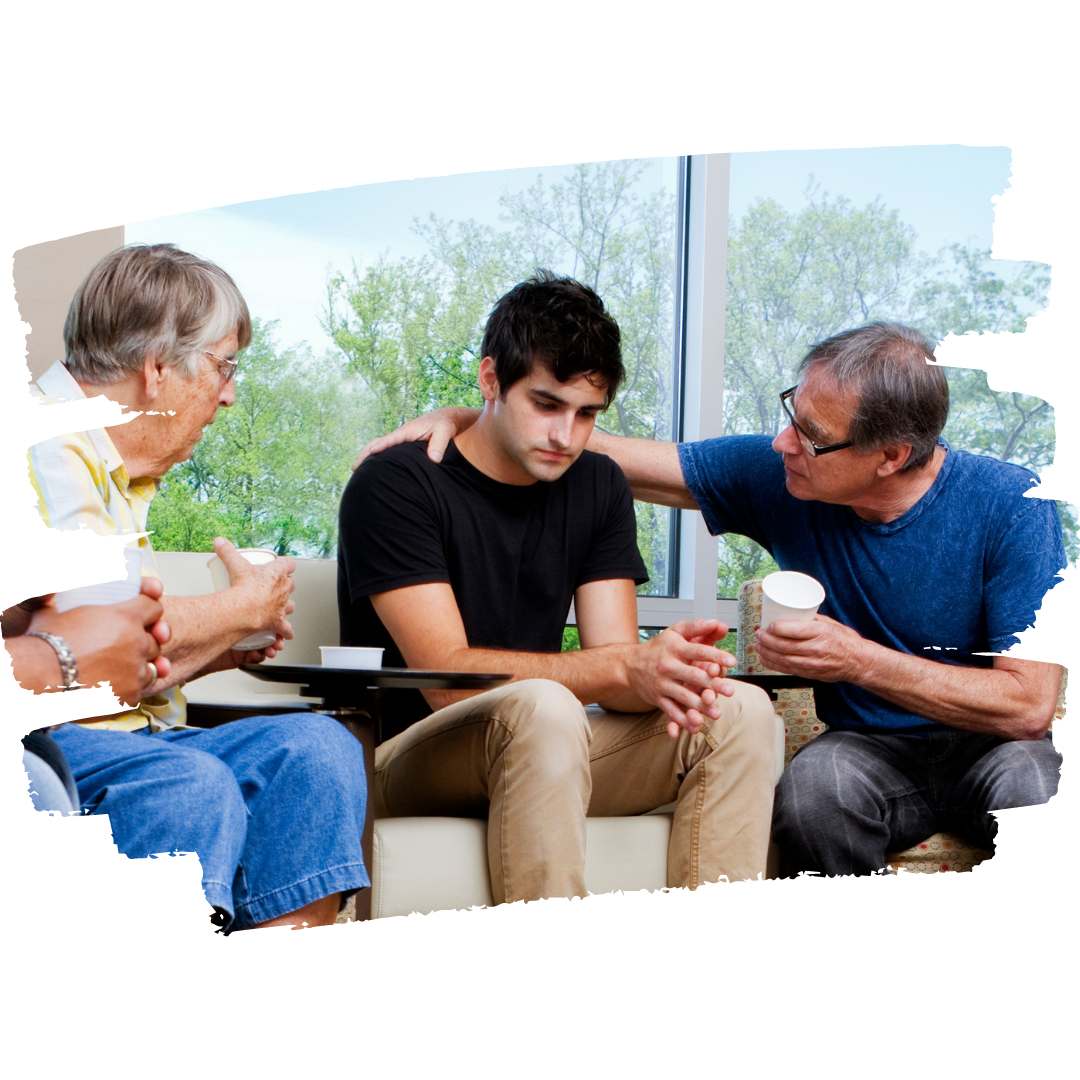 EMPOWER YOUR LOVED ONE TO SEEK HELP

Drug Addiction – What Is It?

The National Institution Drug Abuse (NIDA) defines drug addiction as a chronic, relapsing brain disease that is characterized by compulsive drug seeking and use, despite harmful consequences.

NIDA considers it a brain disease because drugs change the brain. They change the brain’s structure and how it works. These brain changes can be long-lasting and can lead to many harmful, often self-destructive, behaviors.

If you or someone you love is addicted to drugs they could exhibit a few or all of the following signs and symptoms:*

Cravings. People may experience intense urges or cravings for the drug as their addiction develops.

Physical dependence. Physical dependence to drugs can develop as people grow accustomed to the persistent presence and influence of the substance. The changes in physiology that accompany this process leave people feeling bad or functioning sub-optimally when the drug is no longer in the system.

Tolerance. Over time and with prolonged use, people can build up a tolerance to the drug, meaning they need more of the drug to achieve the desired effects.

Poor judgment. When an individual is addicted to drugs, he or she may do anything to obtain more, including risky behaviors such as stealing, lying, engaging in unsafe sexual activity, selling drugs, or crimes that could land the person in jail.

Drug-seeking. People may spend excessive amounts of time and energy finding and get their drug of choice.

Financial trouble. People may spend large amounts of money, drain their bank accounts, and go outside their budgets in order to get the drug. This is a major red flag.

Neglect responsibilities. When people choose using or getting the drug over meeting work or personal obligations, this is a classic sign of addiction.

Develop unhealthy friendships. When people start using new substances, they may spend time with others who have similar habits. They may hang out with a new group of people who may encourage unhealthy habits.

Isolate. Alternatively, they may withdraw and isolate themselves, hiding their drug use from friends and family. Some reasons for this may include perceived stigma or increased depression, anxiety, or paranoia as a result of their drug addiction.

Addiction is a Family Disease

It can be hugely devastating. It affects all aspects of the family’s life. Everything from relationships, to finances, physical, emotional and mental health.

Often, an addicted person will do anything to obtain or use drugs, including stealing money, prescription medications, or household items.

Living in a state of dishonesty and deception, the family may feel helpless and hopeless. Eventually, the addicted person will choose to live isolated from others.

Our Approach to Drug Addiction Interventions

At Whole Families Interventions, our Services our Recovery Coaching help families create and articulate a language that those suffering from alcohol and drug addiction can understand and accept.

This language speaks with compassion and encouragement. Our highly trained and experienced interventionists help families re-connect with their own courage and tenacity. We help families come together and offer this strength and determination to each other.

With dignity and respect, we help your loved choose to seek treatment. This is done without the blame, shame and, guilt that often accompanies the disease.

We meet with you and your whole family. We help you become empowered to begin your own journey toward recovery and balance.